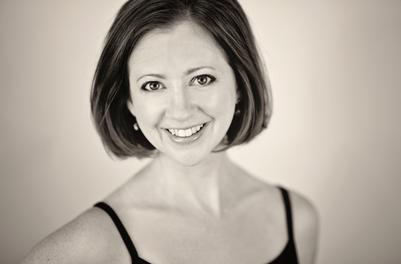 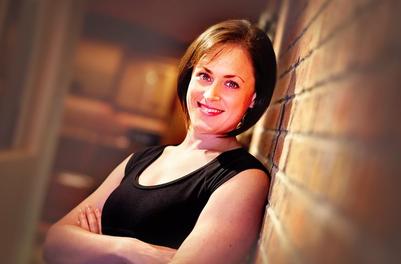 Growing up in Anchorage, Megan spent most of her time in the dance studio taking a wide range of dance classes and rehearsing.  Megan began her career as an instructor as an assistant for her favorite dance instructor and she continued to teach dance classes as she earned her degree in Exercise and Movement Science at the University of Oregon.

After graduation, Megan began taking Pilates classes to battle the ill effects of sitting at a desk all day long.  It didn't take long for her to realize how beneficial the classes were, not only for her body but also for her state of mind.  Because of this, she jumped at the chance to earn a certification when the opportunity arose obtaining her Polestar Pilates studio certification in 2005.  She's been developing her skills and knowledge ever since, including obtaining her CoreAlign certification in 2010.

Megan is honored to make her passion her career and is thrilled to work with clients and to help him or her experience and better understand movement and to appreciate both the physical and mental benefits of Pilates.  She believes that through conscious and deliberate effort, you can work together to develop more efficient movement patterns for any body.  Movement is necessary, both for the body and soul! 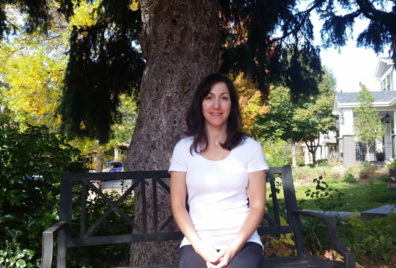 Thais is the founder and owner of Synergy Pilates and Wellness.  She began her first career as a Special Education and Kindergarten teacher in Seattle in 2000.  As a dancer growing up, she was always intrigued by Pilates.  When she took her first Pilates mat class in Seattle in 2003, she was hooked, so much so that she began her STOTT certification training shortly thereafter.

She truly began to realize the benefits of Pilates while training for a half-marathon in 2004.  Pilates noticeably helped balance overly tight muscles and kept her injury free throughout her training.  Thais completed her STOTT certification and began her Pilates career by initially instructing her teaching colleagues after school and working at a small studio in Seattle.  When she relocated to Denver in 2006, she ended her Elementary Education career and began her dream job as a full-time Pilates instructor.

After instructing for 6 years in various studios in the Denver and Castle Rock areas, she opened her first studio in Sedalia, CO in 2012.  Thais went on to open her second studio in the Washington Park neighborhood of Denver, CO in 2014.  Thais loves going to work every day and having the opportunity to help so many clients realize their fitness goals with Pilates.  She loves that the Pilates method has something for everyone and can meet the needs of elite athletes, fitness novices and those recovering from injuries.  When Thais is not in the studio, you can find her outside enjoying everything that Colorado has to offer.  She loves to take walks in Wash Park in between clients, ski, bike and hike with her husband and two children. 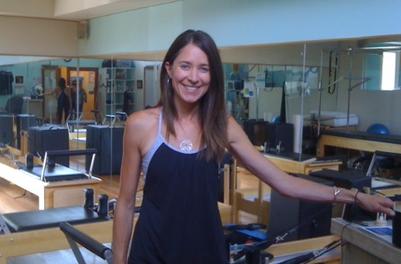 Amie was a professional ballet dancer living her dream, until a series of foot injuries ended her career in 2001.  Devastated, but determined to heal, Amie moved to New York City to rehab her injuries and start a new career.  She became one of the first certified STOTT Pilates instructors in New York City and later a personal trainer.  With frustrating chronic pain and physical limitations resulting from her ballet injuries, she continued with what felt like an endless cycle of physical therapy for many years.

In 2004, a new and progressive physical therapist introduced her to Muscle Activation Techniques (MAT), and an entirely new way of thinking about the muscular system.  She started questioning everything she thought she knew about the body and how it works.  This lead her down a path of passionate learning and exploring.  She continued her education and became a Muscle Activation Techniques Master Specialist, studied exercise physics and mechanics with the Resistance Training Specialist program, and attended various neuroscience and motor learning courses and anatomy labs.

Washington, DC was home for Amie for more than a decade where she grew a thriving and beautiful studio in the heart of Georgetown and had the opportunity to work with incredible Washingtonians including professional athletes, politicians and Olympic Triathletes.  In 2016, with an ever increasing desire to be near the mountains, she made Boulder her home.  It is here in Colorado that she has found a cultural passion for living and exploring the outdoors and she hasn't looked back since!

Mary Pat has been teaching Pilates since the mid-1990s when apprenticeship was the only way to learn the method.  She has trained Classically but is also certified through PhysicalMind Method.  However, it is in college that she discovered Pilates and its amazing reputation for healing injuries.  She continues to love it as a way to stay conditioned for daily living and aging in Colorado.

Mary Pat is AFAA certified and has spent years studying Yoga with many years of GYROTONIC thrown in the mix.  She has a gift of listening and a gentle touch that puts her as a favorite to the older populations.  But don’t let that fool you into thinking she is soft.  Movement is her passion and she continues to try new ways of guiding people to challenge their bodies without beating them up to do it.

Pilates is a dream job that fell into her lap as she finished college and has sustained her ever since.  She will never stop learning and hopefully never stop doing Pilates even as her body enters a new era.  She enjoys helping clients meet their needs whether they are general fitness, rehabilitation from an injury, prehab before surgery or better balance in the wiser years.  A Midwest girl, she tries to head to the windy city as often as she can and loves to talk about it.